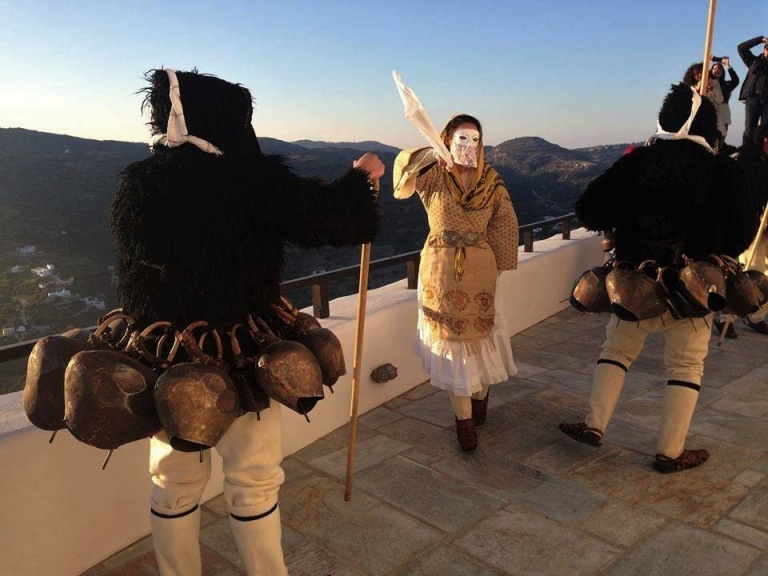 The manners and customs of Skyros have been preserved over the centuries and testify to the long tradition. Throughout the year there are cultural events artistic and cultural interest, as well as many festivals culminating in the Carnival of Skyrian Carnival.

In the celebrations of the Triodion is the custom of the “Old Man” and “Corelli”. The central figure is the “Old Man”, who is dressed in a hairy black cape and mask wearing leather kid while in the middle of the last zone has a herd bells. In accompanying the “Korela” (which is a young man dressed in traditional female costume) and “Frank” who wears a mask and a large bell in the middle.

Groups of disguised return to the Country dancing and singing, and the whole atmosphere refers to a Dionysian atmosphere, which is enhanced with the second part of Skyros Carnival, which is the custom of “Trawl” and none other than the recitation satiric verses.

This and more are the customs of Skyros, which even on a daily day revived in many ways. A similar atmosphere prevails and festivals held throughout the year, in one of the 365 churches of the island.